Located 25km north of Hobart, the $191 million Brighton Bypass was one of the largest road infrastructure projects undertaken in Tasmania.

Its aim was to provide a safer and more efficient highway for commuters and freight movers.

The project comprised a Northern and Southern Section, with two joint ventures selected for the construction of each. The VEC Thiess Joint Venture (VTJV) was awarded the contract for the Northern Section by the Department of Infrastructure, Energy and Resources.

The contract involved design and construction of a 6.5-kilometre dual carriageway highway and associated civil engineering works. The aims were to improve safety on one of Tasmania’s most worn and dangerous sections of road, provide for more efficient movement of freight and general traffic between the north and south of the state, and reduce travel time between Hobart and Launceston.

During project works, an Aboriginal artefact site was discovered. The project team developed an innovative launch and lift method of bridge construction to ensure the heritage site could be preserved while construction of the bypass continued.

Despite changing the project methodology to protect the heritage site, the project was opened to the public several months ahead of schedule and delivered on budget. 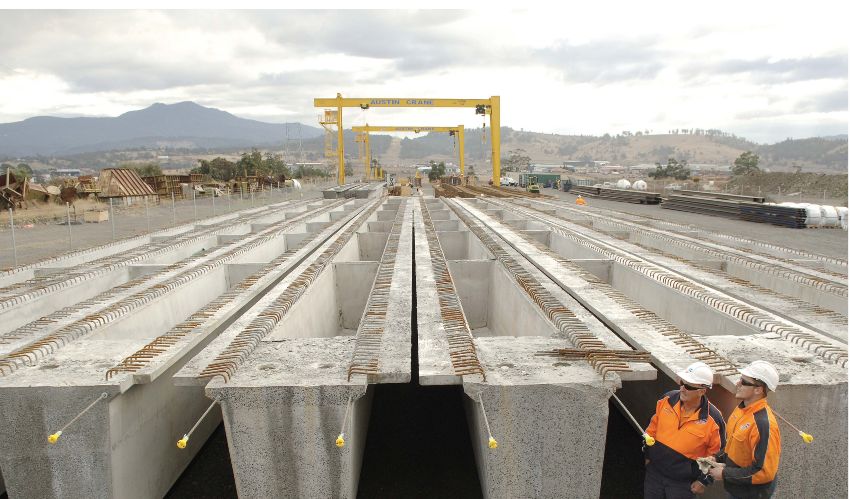 The project was also awarded the 2012 Crane Industry Council of Australia Lift of the Year, Category A 2012 People’s Choice Award.